“The Marysville, Ohio- based malting company, founded in 2015 by Victor Thorne and Ryan Lang, planted just under 10,000 acres of barley this year, but wants to add 75,000 more in the next five years. That’s more than the 70,000 acres the state of Minnesota seeded in 2019; Montana, the nation’s top barley-growing state, seeded 920,000 acres, according to figures from the American Malting Barley Association.” 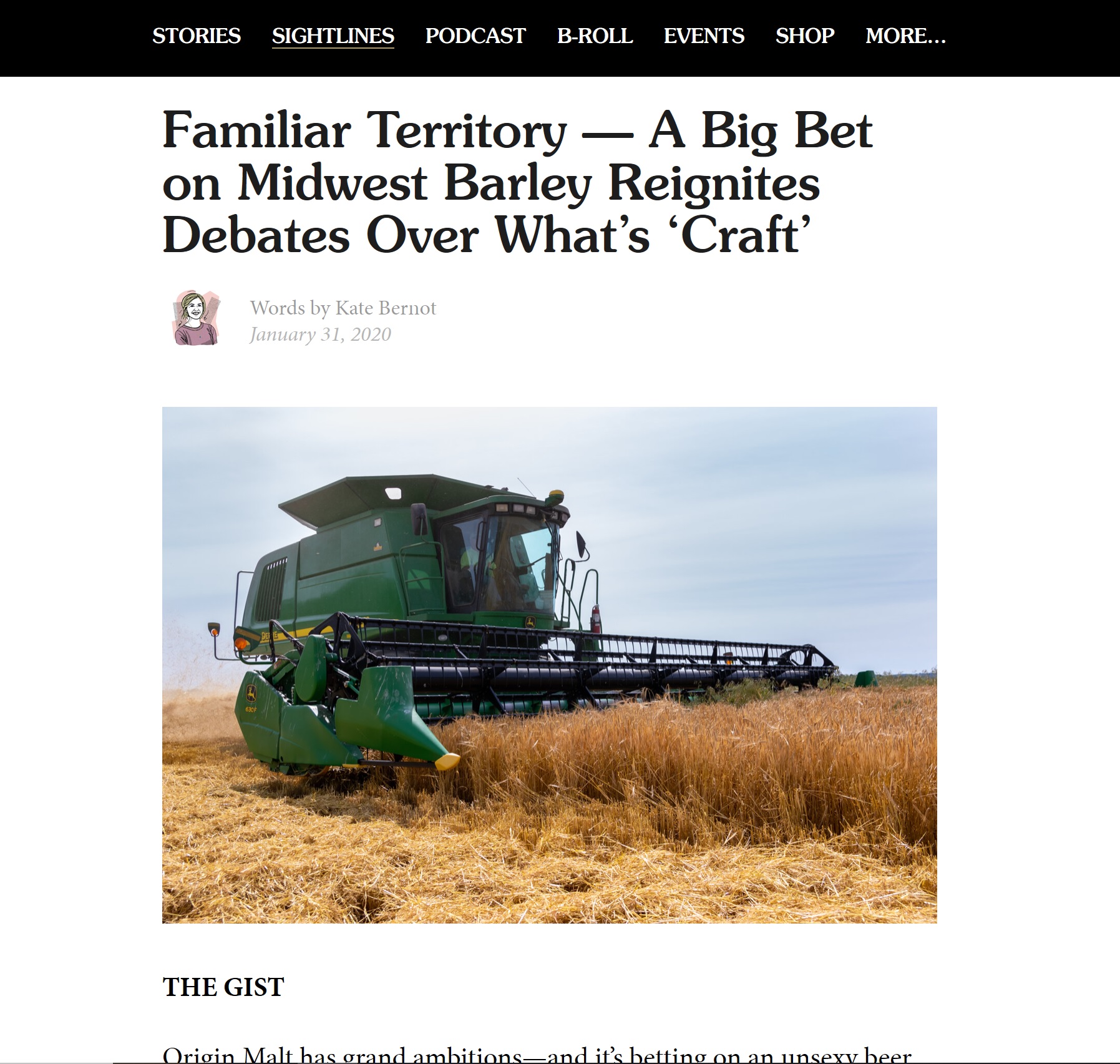